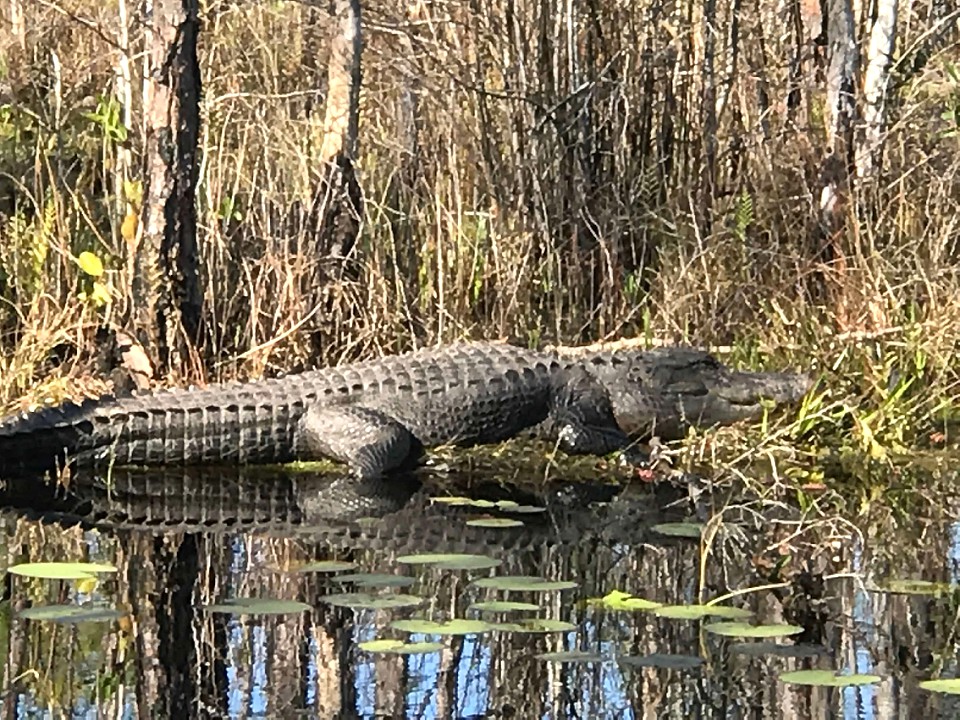 Do you love to travel and learn, but don’t want the trouble of researching and planning a trip?  Then the Road Scholar organization is designed for you!  In the past,  you had to be at least 50 years old to participate in their programs, but now any adult may join in!  Click here to visit the Road Scholar website.

Road Scholar is a not-for-profit organization geared toward adults aged 50 and over.  It was founded in 1975 as Elderhostel, when its attendees were housed mostly in university dormitories and taught by university professors.  They changed their name to Road Scholar in 2010, as the term “hostel” no longer represented their programs.

I’ve been waiting for years to reach the age where I could finally attend these wonderful, fun  programs that my mom used to tell me about.  My mom was an employee of Elderhostel in Mobile, Alabama and had such a fun time meeting all the great people who attended.   Now that I’ve finally reached that age, they opened up their programs to everyone!  So sign up soon.

The latest program I attended with my friend focused on three areas along the coasts of Florida and Georgia:  Amelia Island, Cumberland Island, and Okefenokee Swamp.  The all-inclusive program provides all transportation, so renting a car is not necessary once you arrive at the hotel.  Our program ran from Sunday to Friday.

For an interactive map of the Florida and Georgia coast, click here.

Our group leader, Lyn Warr, was very personable and was always attentive to our needs and kept us on schedule.  She is a seasoned traveler and knows how to manage a group.  She was very knowledgeable about the area, as she lives on St. Simons Island, just a short distance away.

I was surprised by how active our group was, even though the majority of the attendees were probably in their early 70s.  One day we walked more than seven miles. Our program level was described as “Keep the Pace” activity level, which is considered active.  When you select your program, they offer various levels of activity to suit each person.  Make sure you pick the activity level that suits your needs.

I really appreciated our audible devices provided by the program so I was able to  roam freely within a certain distance and still hear what the guide was telling about the areas.

The program about Amelia Island was led by Ron Kurtz, a historian and an Amelia Island resident for more than 20 years.  Ron was quite a character, and his lively personality kept us entertained throughout the day.

You will learn all about the history of the eight flags of Fernandina, Amelia Island.  First populated by the Timucuan Indian tribe, the area became known as the “Isle of Eight Flags” because, since 1562, it has had the flags of France, Spain, Great Britain, Spain (again), the Patriots of Amelia Island, the Green Cross of Florida, Mexico, the Confederate States of America, and the United States flying over it at one point or another.

Later we explored by trolley the downtown historic district, learning the story of the visionary, David Levy Yulee,  whose dream so stirred his neighbors that they agreed to move their entire town to the site of a plantation he owned, thereby creating “New” Fernandina in the 1850s.   Amelia Island has been home to diverse cultures that have left a truly exciting heritage.

Our visit to American Beach was extremely interesting to me.  American Beach on Amelia Island was the only beach in Florida that welcomed black people and offered safe and secure overnight accommodations during the Jim Crow segregation era. The beach was founded in 1935 by the Afro-American Life Insurance company, which provided Jacksonville’s black community with life insurance.

Florida’s black millionaires and landowners built homes in the area and encouraged others to do the same. Between the 1930s and the 1950s, tourists traveled from all over the country to stay at the resort. Prominent entertainers performed at the beach resort, including Ray Charles, Duke Ellington, and Cab Calloway. The beach continued to thrive for nearly three decades.  American Beach met its demise in 1964 when Hurricane Dora destroyed it, along with the desegregation laws being passed that same year, and black people were allowed to visit other beaches.

Our guide, Capt. Kevin McCarthy, and his wife, Cecilia, were our guides on this cruise to tell us about the area’s water industries and the history around Amelia and Cumberland Islands.   Kevin and Cecilia created Amelia River Cruises & Charters in Fernandina in 2000.  Time spent on the water has been part of Cecilia Bennett McCarthy’s family, as they arrived nine generations ago. They would include British Officers and Lighthouse Keepers on both sides of her family, harbor pilots, oyster men, and most recently, pioneering in the Shrimp Industry. Kevin is descended from those Gloucester fishermen who for generations have sailed the North Atlantic harvesting seafood.

Our afternoon trip was to Fort Clinch State Park, a 1,086 acre outpost of pristine beaches and dunes, nature trails, ponds, and salt marshes, and the island’s only campground.

The fort was built in 1847 and was occupied briefly by Confederate forces.  While still under construction, it was taken over by Union troops.

A re-enactor dressed in period uniform took us back in time on a field trip around the fort while describing what our ancestors may have experienced here.  We toured bastions, guard rooms, a prison, men’s barracks, bakery, blacksmith shop, storehouses, hospital, kitchens, lumber sheds, and galleries.  The read more about the fort, click here.

Cumberland Island was my favorite day of the entire program.  I am drawn to these wild places full of nature.  It is still untouched by humans for the most part with its feral horses and hogs, deer, bobcats, armadillos, raccoon, opossum, snakes, lizards, alligators, and many different species of birds.  The people here are outnumbered.

After a brief movie about Cumberland Island, we boarded our coach bus to St. Mary, Georgia, about 45 minutes away.   The ferry trip to the island takes about an hour.  A sack lunch was provided on the ferry, as there are no trash cans on the island.  A local guide told us in detail about all the local flora and the history of the island.  We toured the grounds of the Dungeness ruins of the Carnegie estate, took a hike through the forest, and visited the deserted beach where the horses came wandering through.

Our guide told us about all the creatures living on the island and the flora and fauna.  (See blog post about Cumberland Island here.)  We enjoyed our day at Cumberland so much, we traveled back another day without our group and took the tour of the entire island through The Lands and Legacies Tour with our guide, Mike. Click here to find out more.

Our day at the Okefenokee Swamp was filled with lots of fun. We traveled by coach bus to the main entrance (east) of the swamp, 11 miles southwest of Folkston, GA.  A  sack lunch was provided on the back porch of the restaurant, and we loaded on boats with guides.   Our boat guide was a third-generation swamper and gave us the real authentic tour.

The Okefenokee Swamp is composed of habitats including black-water lakes, pine and oak forests, and freshwater marshes (locally called “prairies”) with floating flowering islands amid flooded lowlands covered by cypress, black gum, and shrubs.  This enormous peat bog is host to a lively human history of swamp culture as well as to a beautiful and complex ecosystem of flora and fauna, and the residents, the Florida black bear and American alligators.

We spotted many birds in the area, some of which were the red-cockaded woodpecker, sand hill cranes, and owls.

Our drive along Swamp Island Drive to the 19th century farmhouse located deep in the swamp was informative, and we viewed how a swamp family lived.  We also went to a long boardwalk to climb the observation tower.  This day turned out to be much colder than we anticipated, but we made it just fine.

There were several other smaller programs included during the week, which included musical instruments, birding, and the shrimping industry.

Our stay at The Residence Inn on Amelia Island was extremely comfortable. Our rooms were extra large one-bedroom suites with a sitting area, a desk,  and a full kitchen, although we had no need for a kitchen.  The front desk staff was exceptionally friendly. During one night of insomnia, I wandered to the front desk and had a very nice, informative conversation about local areas that I had not heard about.

The hotel provided the meeting room where we gathered for our informational programs, although most of our programs were outside the hotel.

Breakfasts were provided by the hotel in their dining room.  The Residence Inn has a nice breakfast with fresh fruit, eggs, biscuits, waffles, pancakes, baked goods, breakfast meats, coffee, tea, fruit juice, and water.  Servers were always on duty, attentive, and available.

Our evening meals at the hotel were surprisingly delicious, when you consider they were buffet-style meals to feed our crowd.  Each evening when we returned from our field outing, The Residence Inn dining room was petitioned off for privacy, and our group met together for dinner. Our various menus included Italian, Seafood, and Mexican meals.  Several nights they provided wine with our meal and informed us we were always welcome to bring our own spirits.  They were very accommodating for my ketogenic/diabetic diet, and I always had something to choose from to eat.

Other meals were at various restaurants around the area and were delicious.  We heard no complaints about the food.

Road Scholar has programs all over the world, in addition to your own back yard.  Get ready to have some fun, learn a lot about the visited area, and meet many new friends.  The program takes all the work out of planning a vacation.  Their programs include options for singles, couples, and even grandparents with grandchildren, camping, cruising, train rides, and many more.  And as a non-profit organization, the value is unbeatable.  To book your next trip, click here.

You have no excuse not to give them a try.